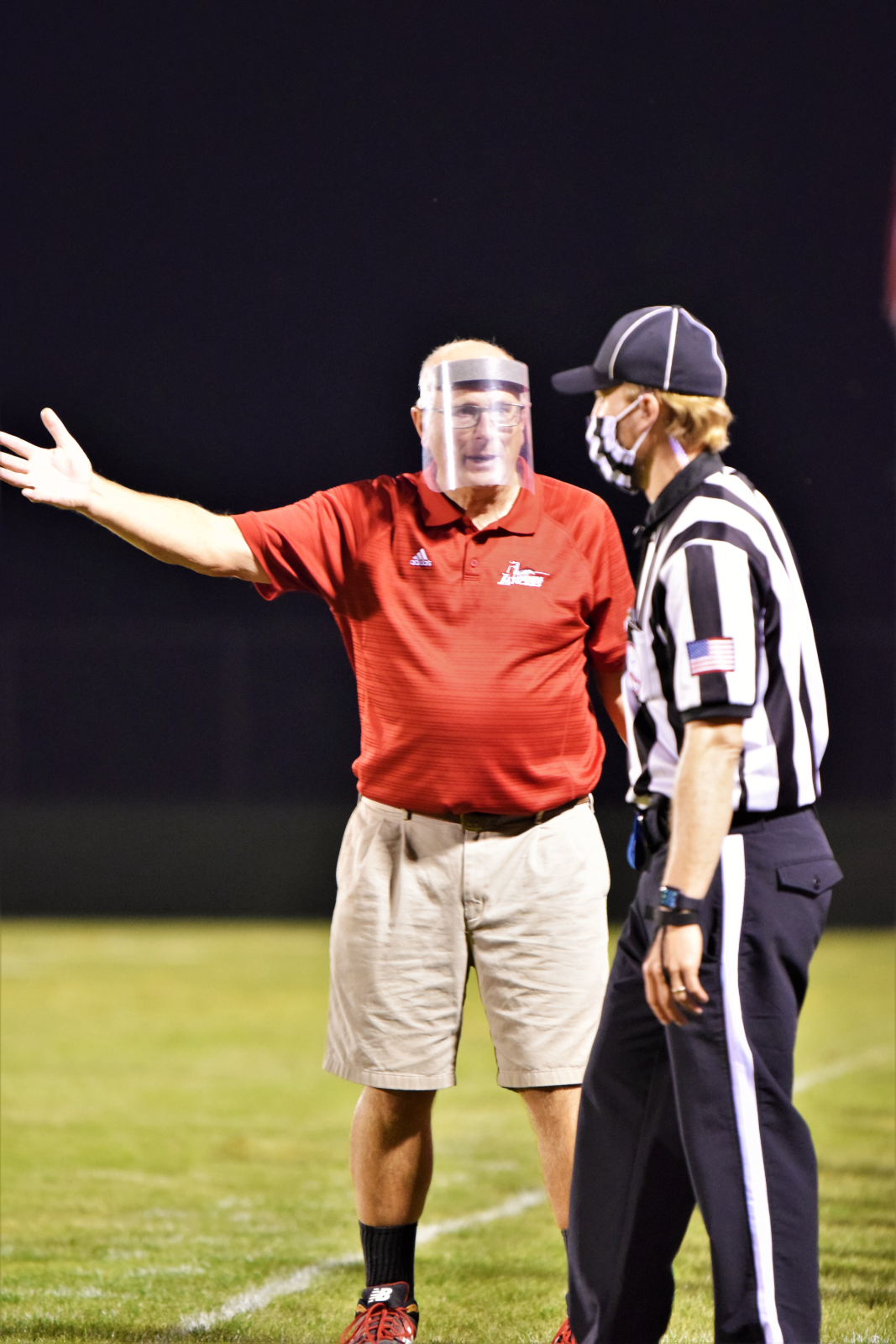 Lakeshore High School Football Coach, Denny Dock, is retiring from coaching football here at Lakeshore after his one year return during the 2020 Season.  His career at Lakeshore spanned 27 seasons, and he spent 34 years as a Varsity Head Coach in total over his football career.  Over that time he compiled an amazing 269 and 78 record that ranks him 18th on the all-time wins list in the state of Michigan.  An amazing stat during his 34 year career is that he never once had a losing season!  His teams qualified for the playoffs 21 times, and he won numerous conference, district and regional titles, including a District title this year.  Above all the wins and accolades Coach Dock has earned, he has been a great mentor, leader and friend to thousands of players, coaches and students.

In a letter to the Lakeshore Administration Coach Dock had this to say:

“I have decided to retire, for the second and final time, from my Lakeshore Football coaching position.  My retirement is not a direct result of Lakeshore’s withdrawal from the state tournament but more for the sake of my physical and mental health.  I have been thinking about this for quite some time.  Far more evident to me than ever before is that the Head Football Coach is a year-round position.  Coaching two varsity sports at the level I expect of myself is almost impossible.  Frankly, I want to watch my son’s games, be there for my grandsons’ events, travel, fly my model airplanes and finish the restoration of my ‘32 MG.”  Coach went on to say “and now I’m looking forward to the challenges of retooling our varsity softball program”.

Lakeshore Athletic Director Greg Younger had this to say about Coach Dock’s announcement:

“On behalf of Lakeshore Public Schools, I want to thank Coach Dock for his effort this past offseason and season.  Obviously when we approached Coach Dock about returning to the sidelines for us, we knew that he was thinking of a short return to help guide the program back to its winning ways. With the Pandemic, and all that went with it, I think it made Coach take a hard look at what being the Head Coach of two top notch programs entailed.  I am looking forward to working with Coach as he continues to lead our Softball program for the foreseeable future.” 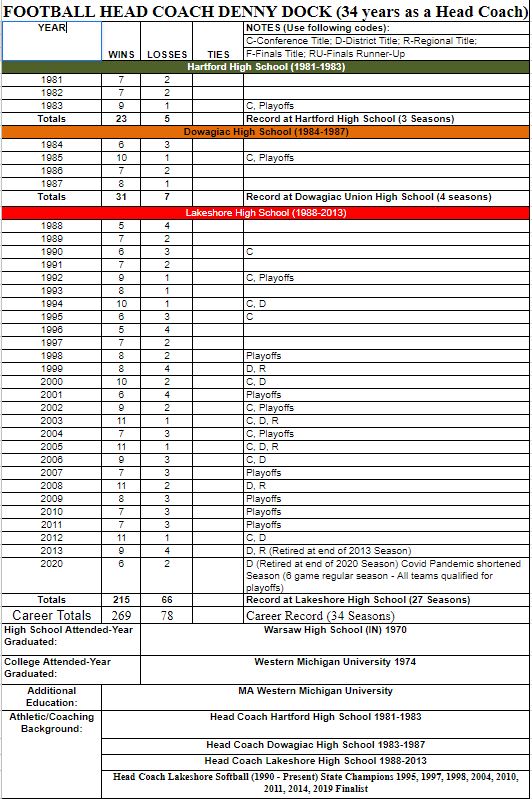