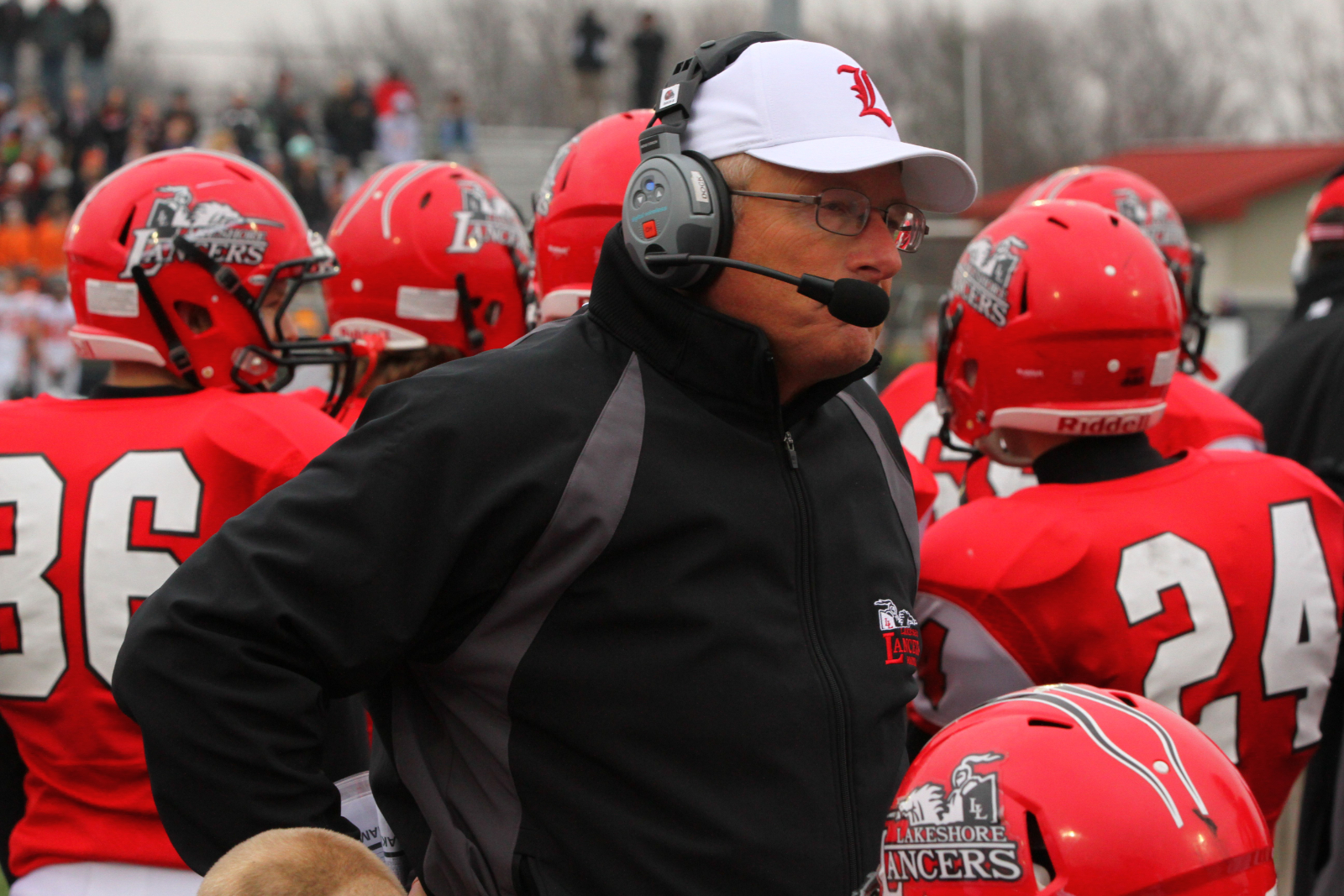 Lakeshore Public Schools is pleased to announce the hiring and return of veteran Lancer football coach, Denny Dock, to lead the Lancer football program.  Coach Dock returns to the Lancer sideline for his 34th season of coaching varsity football and 27th at the helm of the Lancers, following the resignation of Coach Bryan Keim.  Dock, who retired from teaching at Lakeshore in 2010 and from coaching football at the conclusion of the 2013 season will also continue as the head softball coach after leading the Lancers to a Runner-Up finish last spring.