Lakeshore set to induct 3 Lancers, a Bulldog and a Community Member into Athletics Hall of Fame

Larry Barker earned nine varsity letters in three years of high school athletics at Baroda High School.  He earned 3 each in basketball, baseball, and track.  Prior to high school Larry was one of the most severely injured in the Baroda School explosion.  He was told he would never walk again, but defied the odds to be one of the best athletes at Baroda High School.  He was the Baroda nominee for Berrien County Athlete of the Year in 1952.  After high school he played baseball, signing to play with the Boston Braves only to be drafted by the United States Military. 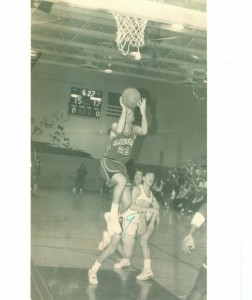 Joel Frakes was a standout athlete for Lakeshore in both basketball and baseball where he earned three letters in each sport.  In baseball, Frakes was a dominant left handed pitcher who posted a .89 ERA his junior year to go with a perfect 7-0 record.  Joel started the 1990 Class B Baseball State Championship and would pick up the victory.  On the hardwood, Joel became the second Lancer to score over 1,000 points in his career, scoring 1,027 which still ranks second on the career scoring list.  He was a nominee for the McDonalds All-America game in 1991 along with being selected to the South Bend Tribune All Area Team and ranked as one of the top 200 basketball players in the nation by the scouting service of Bob Gibbons and Sonny Vacarro.  Frakes was the first Lakeshore player to sign a division one scholarship to Creighton University.  Due to a coaching change, he played his college career at Morehead State University where his scoring career high was 14 points. 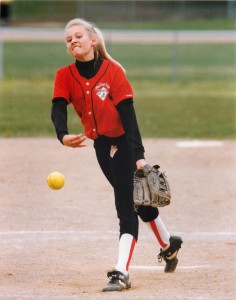 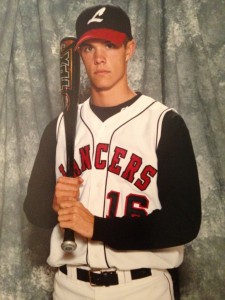 Corey Kugle was a talented three sport athlete for the Lancers, earning four letters in baseball, three in basketball, and two in football.  On the gridiron, Kugle was the starting quarterback for the 1998 team, leading the team to an 8-2 record and a playoff berth.  Kugle was a member of the basketball team that advanced to the regional finals in 1998.  On the diamond, Kugle earned first team all-state recognition his senior season to go along with the first team all region, and two time selection to the first team all-lakeland conference team.  His 19 career wins still ranks third all-time in Lancer history.  He was selected as a captain for all three varsity teams as a senior and was Lakeshore’s male athlete of the year in 1999.  He attended Butler University where he pitched all four seasons and was named to the academic all horizon league in 2003.  Kugle also played in the prestigious Alaska Baseball Summer League where his team finished in the top 10 at the National Baseball Congress World Series in 2001. 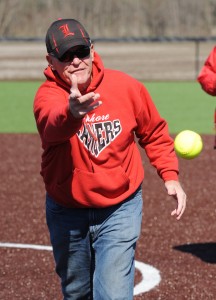 Bob Kohn is a community member who has worked tirelessly to support both the Lakeshore Athletics Department along with the recreational fields of Lincoln Township.  Kohn has helped to put artificial turf in Al Sotckman stadium, built a brand new artificial turn softball field (Betty Kohn Field) for Lakeshore softball, hitting facility for both the baseball and softball teams, and helped the community support the addition of the team room onto the current locker rooms at LHS.  Kohn is currently working on updating the Lancer Baseball Field, adding a new artificial turf playing surface along with new dugouts and bullpens.  Previously he added the new press box and seating areas.  In the community, Kohn has aided in updating the facilities and parking for both the LYBSA and Rocket Football programs as part of the Bob and Betty Kohn Sports Complex.